Brent prompt future contract came back to 63.5 $/b on early Tuesday, as Texas’ cold snap affected the US petroleum markets in unpredictable ways. WTI-Brent spreads collapsed, likely caused by lower US refining runs, pushing crude stocks higher in the short term. The two fields Troll and Johan Sverdrup in Norway were expected to shut down if workers declared a strike. A settlement was found before the strike could begin. 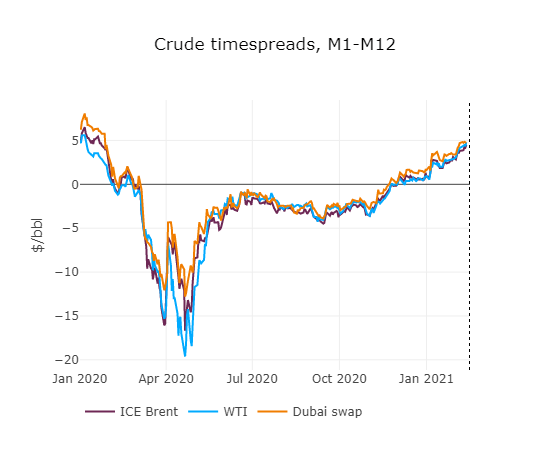 European gas prices increased on Friday as concerns about low stock levels have returned to the fore (on 22 January, European gas storages were 43%…

US crude supply revised down due to structural damage