European spot gas prices were mixed yesterday, torn between the opposite effects of downward revision of temperatures and more comfortable pipeline supply. Indeed, Norwegian flows were significantly up yesterday, to 332 mm cm/day on average, compared to 306 mm cm/day on Monday. Russian flows were slightly up, averaging 329 mm cm/day, compared to 326 mm cm/day on Monday. As for LNG sendouts, they continued to increase, as a reflection of a now comfortable LNG supply in Europe.

Prices on the curve were more clearly up. They ignored the drop in parity prices with coal for power generation (both EUA and coal prices were down) and were more sensitive to bullish LNG prices, particularly in Asia. These rose after a large container ship ran aground yesterday in the Suez Canal, blocking vessels passing through one of the world’s most important waterways. As of Wednesday, five laden LNG tankers were unable to pass through the canal due to the grounded container ship, according to KPLER. Of the five, three were bound for Asia and two for Europe. 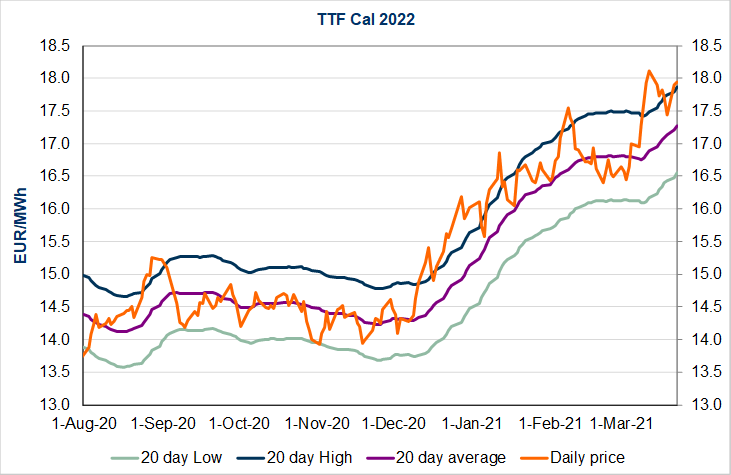 Brent 1st-nearby is approaching $112/b this morning.Concerns about Russian oil flows have been compounded by a new episode of tension in the Middle East, with attacks…

When the bad can be good

A new record for the equity markets in New York, stable bond yields and a falling USD: the market is calmly awaiting the August employment report in…