A strong auction pushed carbon prices back toward 80€/t

The European power spot prices rebounded yesterday, buoyed by forecasts of colder temperatures and dropping (although still strong) wind output. The day-ahead prices averaged 202.65€/MWh in Germany, France, Belgium and the Netherlands, +58.58€/MWh day-on-day with the German baseload price keeping a more than 100€/MWh discount to the other NWE countries due to the ongoing wind surge there, the production being expected to ease by 10GW from yesterday but still to reach around 30GW.

The EUAs posted a hefty 3.6% daily gain on Thursday, supported by a particularly strong auction result while the rest of the energy complex eased as the ban on Russian fuels imports continued to be debated. The Dec.22 benchmark contract faded as low as 76.34€/t in the first hours of trading, pressured by fears of industrial demand destruction induced by the very high energy prices. The EUAs however quickly reversed and started soaring after the daily auction cleared with massive 71-cent premium over the secondary market and 2.79 cover ratio, both the largest scores seen in over a month. Rising throughout the remainder of the sessions, the EUA Dec.22 eventually closed at 79.94€/t, +2.76€/t from Wednesday’s settlement.

The power curve prices were mixed yesterday, the calendar prices increasing with support from the rising carbon prices while the shorter term power prices eased alongside the gas market amid slow activity as participants seemed to wait for the European Union decision on the ban of Russian coal. 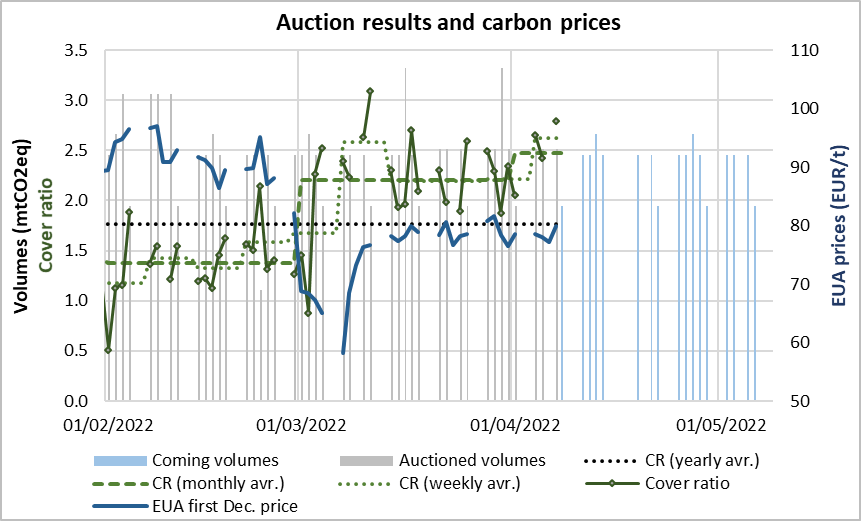 SPECIAL REPORT: Gas demand across Europe- what are the trends and the impact on the gas prices ?

Gas demand across Europe- what are the trends and the impact on the gas prices ? All eyes are on gas supply since the beginning…
September 9, 2022

European gas prices were mixed on Friday: rather down on the markets benefiting from strong LNG supply like the UK NBP, rather up on the…
Join EnergyScan