Crude prices soared past 82 $/b yesterday for the March ICE Brent contract, with March/April time spreads rallying strongly to 70 cents, as the political crisis in Kazakhstan sparked concerns among crude buyers in the Mediterranean area. Indeed, Chevron reported a reduction of output – likely to be less than 30% – in the Tenzig field as the political unrest was followed by oil workers and outages in telecommunications networks crippled the economy. The Tenzig field –  operated under a joint venture Tengizchevroil (TCO) – produces almost 0.7 mb/d and is a key export grade for many European refiners. Other fields could be affected in the coming weeks if the instability persists. Still, the CPC pipeline, delivering crude to the Black Sea, is operating at normal rates so far, according to the pipeline operator. This disconnect will be seen through Kazakh crude inventories, which appear to be already at a low level entering 2022. Still, the January loading export of light sour CPC Blend crude is scheduled to remain at 1.4 mb/d, which leaves little room for the inventories to play the buffer role during the crisis. Amid this geopolitical uncertainty, Ekofisk and Forties crudes in the North Sea are bid by European buyers to hedge the future political risk in Kazakhstan in the coming month. 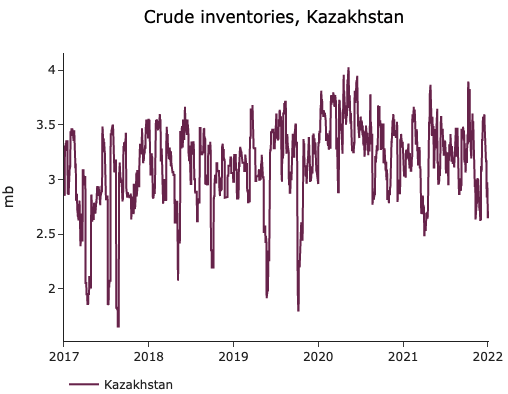 EUAs faded ahead of the auctions’ resumption

Buoyed by forecasts of a wind shortage the European power spot prices for today significantly rose compared to last week, although the weaker demand and… 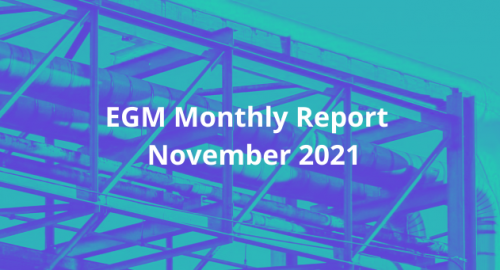